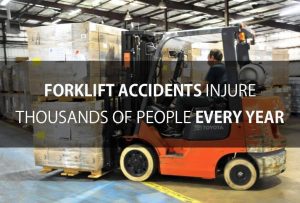 A construction firm and a contract worker have been fined after a man was killed and two others injured at a building site in Banbury, Oxfordshire.

Michael Whateley, 28, of Northampton, died in January 2008 after the car he was in was crushed by a fork-lift boom.

The company admitted at an earlier hearing to failing to maintain the fork-lift truck properly.

The accident happened as Mr Payne was carrying out routine checks of the fork-lift’s telescopic arm.

This was a horrific accident that was totally avoidable.

As the boom was extended, the fork-lift toppled and the boom crushed the car. Mr Whateley’s brother, Robert, and Paul Keen, also from Northampton, were injured.

The Health and Safety Executive said the incident would have been preventable if Mr Payne had operated the machinery on level ground.

Instead, he extended the boom of the machine to its limits while it was not suitably positioned.

The HSE said Linden Limited had failed to ensure the equipment was maintained properly and tyre pressures were found to be lower than recommended.

HSE inspector James Powell said: “This was a horrific accident that was totally avoidable.

“Lives have been destroyed here and today’s sentencing must serve to remind all employers and employees of their duties and responsibilities while using this type of machinery.” Source from BBC.co.uk