Today, we are providing refresher training on the counterbalance truck at our training centre and also on customer premises in Bicester.

Bicester is a historic market town in the Cherwell District approximately 12 miles North-East of Oxford. This historic market centre is one of the fastest growing towns in Oxfordshire. Development has been favoured by its proximity to junction 10 of the M40 motorway linking it to London, Birmingham, Oxford and Banbury.

Bicester goes back to Saxon times – In 1182 an Augustinian priory was founded here and existed until its dissolution in 1538 – however today Bicester is probably best known for its modern “Bicester Village” shopping outlet with up to 100 stores selling international and British luxury goods such as Mulberry, Dunhill, Wedgwood, and Hugo Boss, and “Garth Park” which hosts a programme of outdoor events throughout the summer including a Proms Night and Jazz Festival.

More recently, Bicester Heritage, founded in 2013, is home to over 40 specialist businesses based at a beautiful 444 acre former WW2 RAF Bomber Training Station.  The unique location is the UK’s only hub for historic motoring excellence. 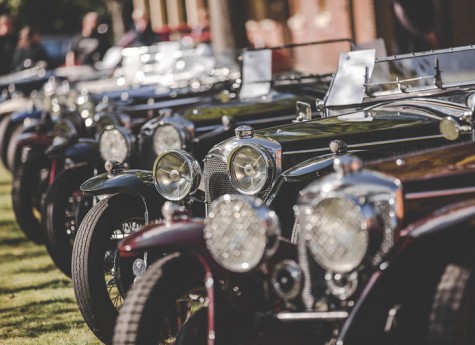